I recently read about 106-year-old French pianist,  Colette Maze, who is set to release her sixth music album. Colette, who has been described as a “small, vivacious woman” in news reports, says that “It’s my food, my food for the spirit and for the heart”. Her only son, born in 1949, says his mother has been an inspiration for others, especially during the COVID1-19 pandemic. According to him, she is a great morale-booster for everyone because she exemplifies “That at 106 you can be on good form if you have passion and look after yourself — that’s good news.”

Also came across the amazing story of Masako Wakamiya, who obtained her first personal computer at age 58, just ahead of her retirement from a bank. And went on to become the world’s oldest known iPhone app developer, at 81. In her home country of Japan, the spotlight on her has grown stronger since she attended Apple’s annual Worldwide Developers Conference in California a few years ago. There she met the tech giant’s  CEO, Tim Cook, at his special request, and exchanged notes on design features of the iPhone and her own app. Now 84, Wakamiya calls herself an IT evangelist and encourages other seniors to use digital technology to enrich their lives.

Was also wowed by the story of Mirtha Munoz, a 70-year-old biking grandmother, who participated in, and conquered, the Sky Race, Bolivia’s toughest cycling competition. So tough that it is called ‘Death Road’ – the world´s most dangerous road. The 60 km route spirals skyward nearly 11,000 feet, from the country´s lowland jungles to the snow-capped peaks of the Andes. Fog, rain, rockslides and sheer cliffs are main attractions. But for Mirtha, the oldest ever competitor, it was a natural extension of a passion she picked up years ago. Munoz took up biking on the advice of her family and a psychologist friend after her son died unexpectedly. She hoped it would help her to get through the pain, and to rebuild

As I cross age milestones in my own life, I find such stories truly inspiring and exhilarating. Even as our children become adults and we become ‘seniors’, life ought not to peter out to sipping tea, and doing medical check-ups. There are things unending to discover, and it is important to nurture a passion or a hobby and carve out time for it. Mental and physical health are intertwined, and you have to nourish your inner self and keep your grey cells ticking through what excites you.  Beyond our societal roles in family and at work, we all need a space for ourselves, our creative expressions, and fun-seeking spirit. Let the zest stay strong, even as the clock of time keeps up its relentless turn. Let’s make sure we raise the bar at every age! 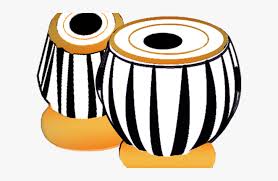